Effects on Longevity After Moving into an LTC Facility (By:Chris Orestis)

Life expectancy has been on an upward trajectory for more than 100 years. According to the most recent report released by the AARP, longevity for those age 65 and older will increase 89 percent over the next 20 years, and the age 85 and older population will grow 74 percent during the same period. This rise in life expectancy and its impact on quality of life was explored by James F. Fries in his 1982 study “The Compression of Morbidity” for the National Academy of Sciences. In the paper, Fries contends that the aging population will live longer—and in much better condition—for a longer period of time due to improved lifestyles, nutrition, exercise, abstinence and education.

The flipside of this dynamic is that once people experience a disease or injury that requires long-term care, most often the result is a dramatic decrease in life expectancy. For example, an age-appropriately healthy 78-year-old American living an independent and active lifestyle might have a life expectancy of 15 years or greater. If that same individual suffered physical trauma or a disorder that required a move into a long-term care facility, his life expectancy could be reduced by as much as 50 percent to 75 percent.

In recent years, the insurance industry has taken a closer look at the unique factors associated with underwriting seniors. As more insurance products are sold to higher risk populations, it has become critical to better understand factors affecting morbidity and mortality.

The assisted living and skilled nursing home (senior living) industry houses approximately 2 million people across 60,000 facilities in the United States. This represents one of the biggest components of our country’s health care system, and as an industry these facilities experience the impact of “life expectancy compression” on a daily basis. The average “length of stay” is a carefully tracked industry benchmark for determining turnover and occupancy metrics. In the annual “State of the Senior Housing Industry” report released by the American Senior Housing Association (ASHA), the senior living industry reported average length-of-stay statistics for 2008: assisted living (21 months), independent living (38 months), continuing care retirement community (77 months) and Alzheimer’s care (17 months).

According to the National Center for Assisted Living (NCAL), of those currently residing in an assisted living community, 34 percent will move to a skilled nursing facility due to deteriorating health and 30 percent will die. The mortality rate within the first 12 months after individuals move into a skilled nursing facility is as much as 60 percent. The mortality rate is even higher in the first six months. In addition to the length-of-stay experience, there are a number of studies that measure life expectancy across significant population cohorts in various forms of long-term care settings:

The study “Mortality-Related Factors and One-Year Survival in Nursing Home Residents” concluded from a population of more than 100,000 residents during a three-year period: “Major factors associated with one-year mortality were identified in both the newly admitted and long-stay cohorts. MDS (minimum data set) data can identify major factors associated with one-year mortality in newly admitted and long-stay nursing home residents.” In short, the first year of residence in a nursing home presents the highest risk of death for the patient.

The research paper “Death Rates Following Nursing Home & Care Facility Placement” concludes: “There is evidence that people with dementia admitted to nursing homes and care facilities die comparatively quickly. It is known that mortality rates are high, initially, when people move from their own homes. Mortality rates are especially high in nursing homes.” For example, the mortality rate for an individual moving into an Alzheimer’s care unit is greater than 50 percent within the first year.

The loss of ADLs (activities of daily living, such as bathing, dressing, toileting, transferring and continence) increases the risk of death, according to J. Carl Holowaty, senior vice president and chief medical officer of RGA Reinsurance Company, in a paper published in the Journal of the Academy of Life Underwriting. He also said that the “will to live” in the elderly “must be taken very seriously” and indicated that there is a relationship between mortality and degree of social engagement and changes in social patterns over time. Moving into an institutional care facility is possibly the single most disruptive event to patterns of social engagement that a person could experience (perhaps ranking even higher than the death of a spouse).

The fact that’s been observed via daily experience throughout the entire long-term care industry—and supported by numerous studies—is that individuals living in institutional care (regardless of age) will have significantly shorter life expectancies than their independently living contemporaries. Mortality is driven not only by an individual’s condition, but also by the impact of the significant change in environment.

Ultimately, intangible factors such as “the will to live” and tangible factors such as exposure to communicable diseases in a group environment all conspire to “compress” the life expectancy of someone receiving institutional care. Until very recently, actuarial tables and life expectancy calculations have ignored this well-known and well-documented fact. Now the reality of this dynamic is becoming more important as the population of people reaching the compression point continues to increase. Accurate underwriting in a world driven by the “Silver Tsunami” must take into account that people may be living longer and healthier lives, but when they cross that morbidity threshold, life expectancies drop dramatically.

Thanks to AARP for publishing this Document.
Thanks to Chris Orestis for writing this document. 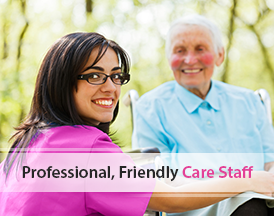